One of the best known British composers – Ralph Vaughan Williams (RVW) – was born in the Vicarage in Down Ampney on 12th October 1872 to the Vicar, The Rev’d Arthur Vaughan Williams and his wife Margaret, who was a member of the Wedgewood family and niece of Charles Darwin.

RVW was baptized in All Saints’ Church by the Vicar of the adjoining parish of Latton, The Rev’d Hyde Wyndham Beadon.  As it so happens, the Rev’d Beadon was a hymn writer; but he seems to have been less adept at christenings, as he managed to drop the baby Ralph who was saved from hitting the ground by the swift action of Mrs Vaughan Williams, who managed to grab hold of the christening robe.  Fortunately all was well.

RVW lived with his family for a relatively short time in the village of Down Ampney.  His father was visiting unwell parishioners and he too succumbed to the illness and died in 1875.  He is buried in the churchyard at Down Ampney and his grave can be seen by the east wall of the south transept.  There is a window dedicated to his memory in the south transept.

Mrs Vaughan Williams moved from Down Ampney to be with her parents at Leith Hill in Surrey with her three children.  This house is now owned by the National Trust and is open to visitors.

RVW composed his first work at the age of six and learned the piano, organ and violin as a child.  In 1887 he went to Charterhouse, transferring to the viola with great pleasure, where some of his music was performed at a school concert, and from there to the Royal College of Music to study composition with Parry.  After two years he went up to Trinity College Cambridge, to read history and music.  He returned to the college in 1895 as a pupil of Stanford and began his lifelong friendship with another student, Gustav Holst.  They shared a determination to be `English composers' and candidly dissected each other's efforts to find an individual style while at the same time encouraging each other.

RVW’s works include operas, ballets, chamber music, secular and religious vocal pieces and orchestral compositions including nine symphonies, written over nearly fifty years.  Much of his work was influenced by traditional folk tunes – which he spent much time researching by visiting English villages (and their pubs, we suspect!) and making notes of the tunes he heard.  A number of hymn tunes have their origins in English folk tunes, which he arranged for choral singing in church - eg the tune ‘Kingsfold’ to the words “I heard the voice of Jesus say”.

RVW had an affection for the village of Down Ampney – naming a hymn tune after it; composing a tune for the hymn ‘For all the saints’ and our village church is ‘All Saints’; and his widow, Ursula, gave the church (now located in the school) some books and the manuscript of RVW’s working of ‘John Barleycorn’.

He died on 26th August 1958.  His mortal remains are interred at Westminster Abbey.

His composition ‘Lark Ascending’ has been rated top of the Classic FM Hall of Fame on many occasions.

There is an exhibition about the life and work of RVW in the church tower, which is open to the public daily. 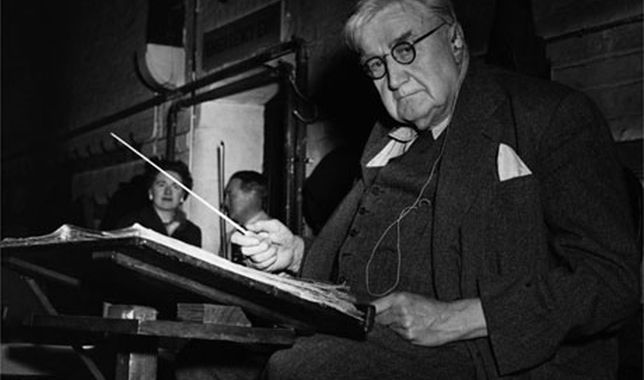 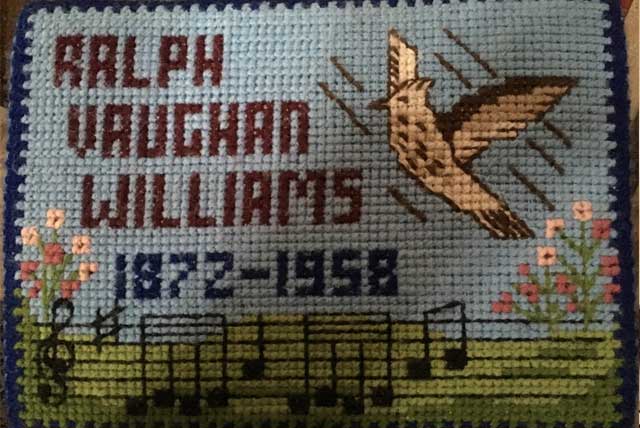