All Saints chiuch was founded by the Knights Templar in 1265, though much of its current shape is the result of a Victorian rebuilding. The striking spire dates to the 14th century, when the south porch was added.

The church is notable for its excellent stained glass, much of it Victorian or modern. The interior is a symphony of woodwork, notably the intricately carved south transept screen and pulpit. The Victorian north transept screen incorporates Jacobean panelling and a coat of arms.

There is a Memorial Window at All Saints Church, Down Ampney, which commemorates those who served at RAF Down Ampney and includes an image of the Victoria Cross awarded posthumously to Flight-Lieutenant David Lord VC DFC.

There is a Memorial Garden along the north side of the church where the cremated remains of former service personnel based at Down Ampney are interred. Even to this day Veterans who served at the base during WWII still request that this be their final resting place.

The Memorial Stone stands at the end of the former run-way.

It contains the following inscription:

From this airfield in 1944-5
Douglas Dakotas from 48 and
271 Squadrons RAF Transport
Command carried the 1st and 6th
Airborne Divisions, units of
the Air Despatch Regiment
and Horsa Gliders flown by
the Glider Pilots Regiment to
Normandy-Arnhem and on the
Crossing the Rhine Operations.

These memorials have been created through the support and generosity of The RAF Down Ampney Association.

Since the 1970s there has been an annual ‘Arnhem Service’ at All Saints’ Church, Down Ampney in early September when veterans and their families are welcomed back to the village.

Each year we mark the Anniversary of Operation Market Garden with a special service at 11am on the Sunday before the commemoration in Arnhem itself – usually the second Sunday in September.  Anyone who would like to attend the service is very welcome.

The 2018 Service will be at 11am on Sunday 9th September; and we shall be commemorating the 75th Anniversary of Operation Market Garden in September 2019. 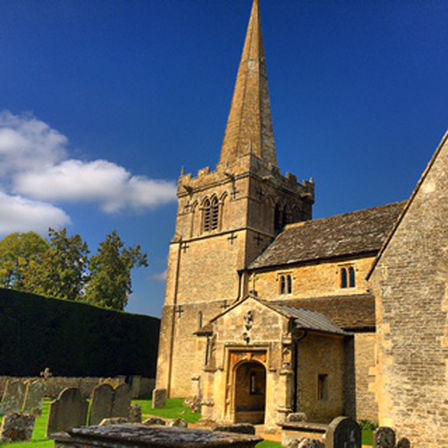 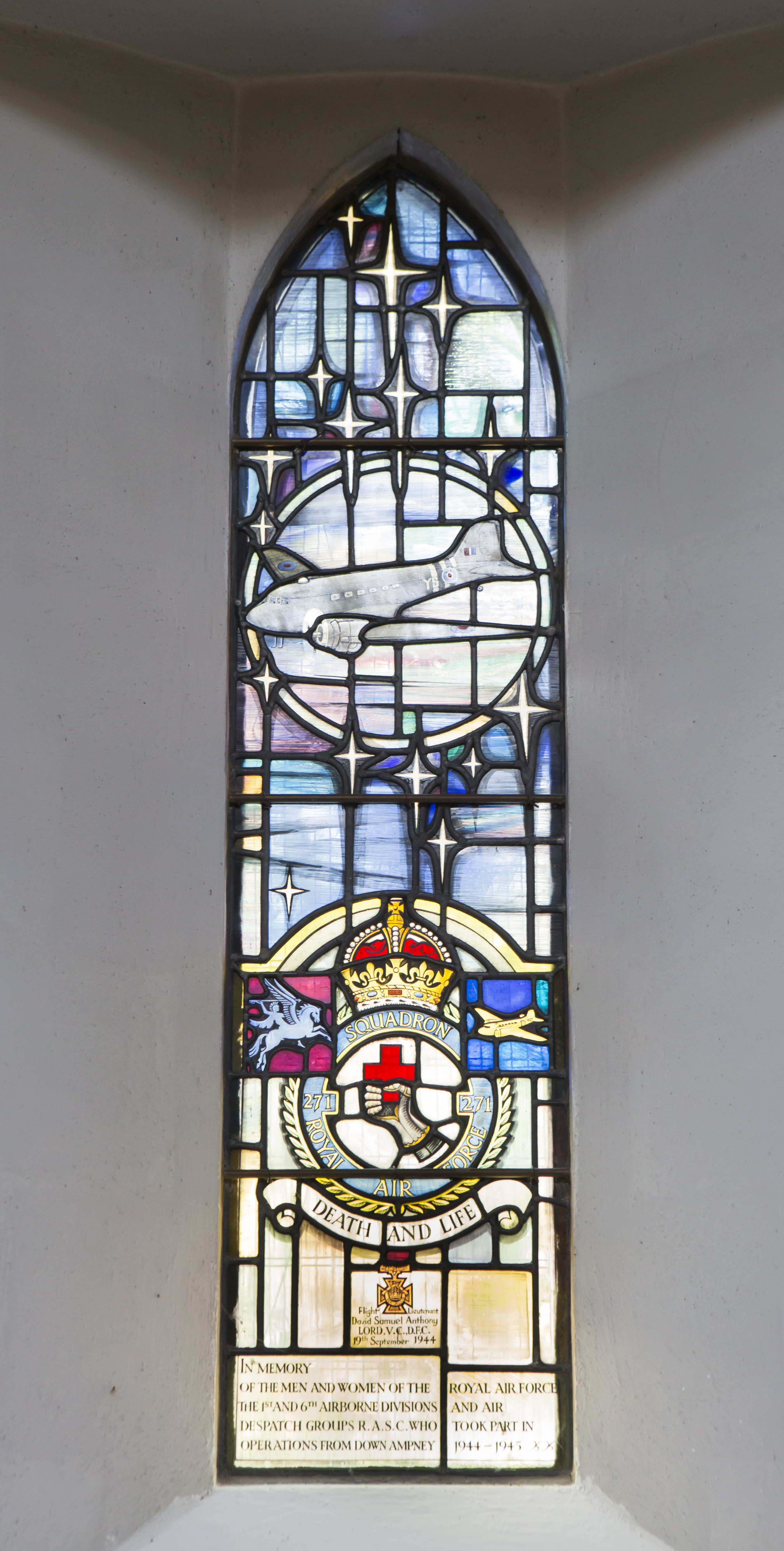 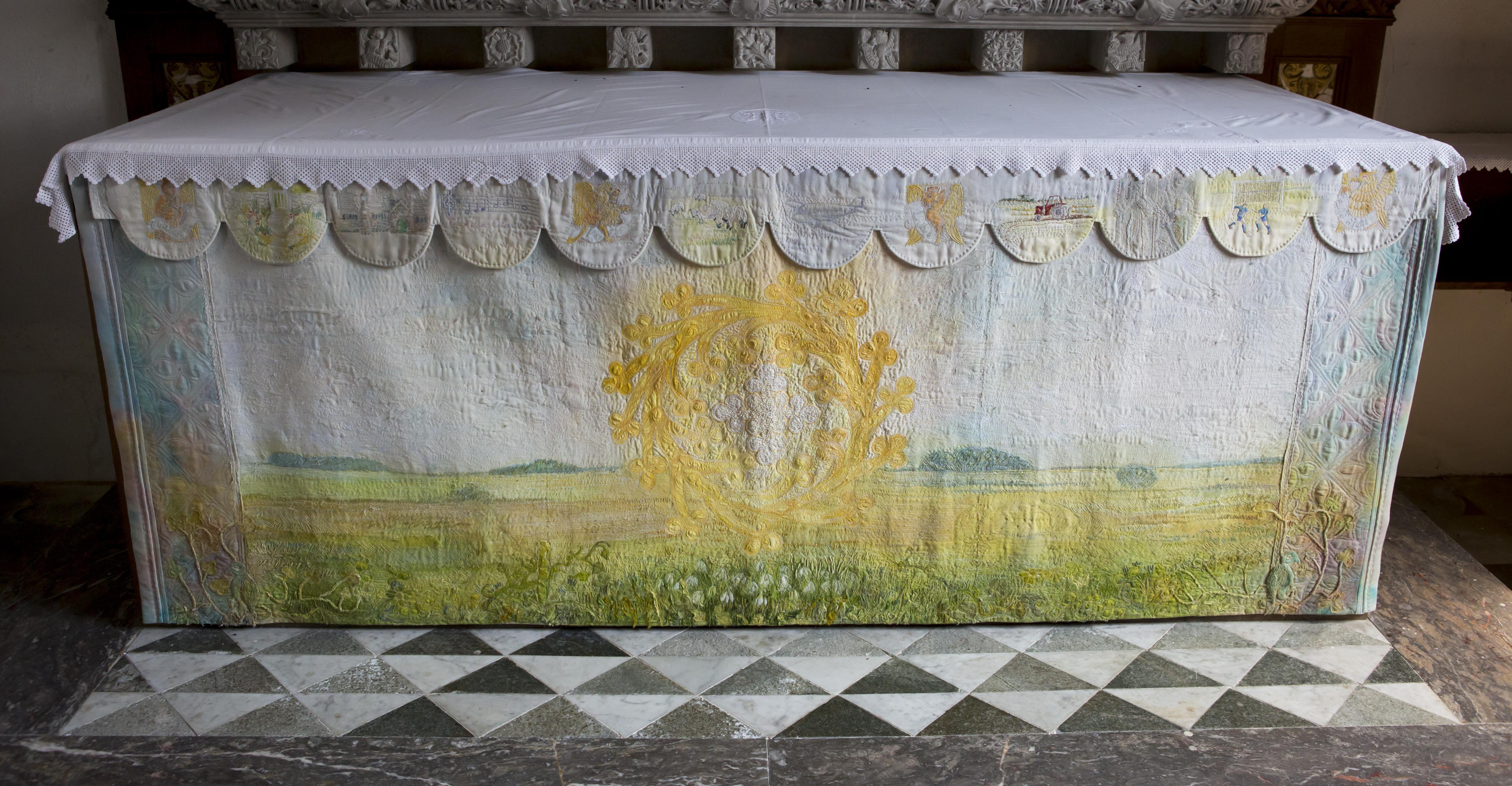